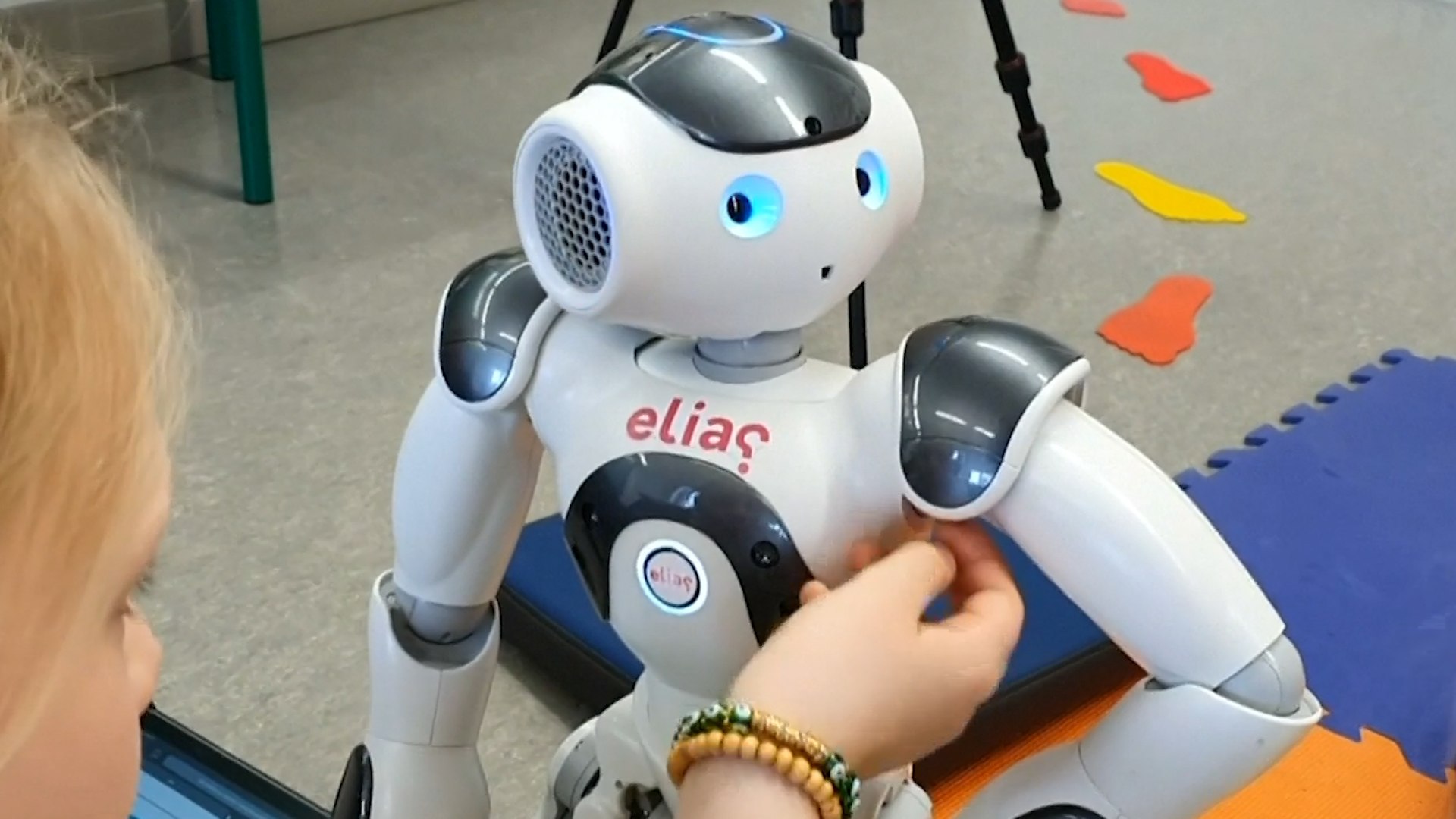 Innovations, a founding spirit and daring to try something new – that’s what this year’s competition for the European “Next Generation” funding award is all about. The competition was looking for the best start-ups and project initiatives for the digital classroom 4.0. Out of a total of 21 applications from all over Europe, the Finnish company Curious Technologies from Helsinki came out on top with its speaking robot Elias and won the European Promotion “Next Generation” Award for Digital Education 2021, which is endowed with 5,000 euros.

The startup, which was founded by young women, has developed an interactive learning program with which students can learn languages in a playful way by holding conversations with human-like robots. Both teachers and schools were involved in the development, which was based on the very good Finnish education system, which regularly ranks among the best in Europe in the PISA comparative test. Thanks to the “learning by speaking” concept, the software is not only suitable for school children, but can also be used in adult education, preschool or for illiterate children.

The German company Binogi GmbH was also right up there in 2nd place. On the learning portal of the same name, educational content of the most important school subjects is explained simply by means of video. Other finalists included VIL GmbH from Langenfeld. The company developed virtual reality goggles with which students can go on a voyage of discovery through distant continents in the classroom, look back at past times and gain insights into organisms, and thus took third place. And the Dresden-based startup Scoolio GmbH, in 4th place, also scored points with the jury with its app that simplifies the organization of everyday school life for teachers and students alike.