Call for best founders, innovative startups and project initiators in the field of digital classroom 4.0.

The European Culture Forum calls for the third competition of the European Promotion Award Next Generation. Under this year’s theme: “With digital education to success”. Until the 15th of July 2021 startups, founders and project innovators in the field of digital education can apply with their innovative products, business models and projects. The Promotion Award is endowed with 5.000 Euros.

The European Promotion Award Next Generation stands for visibility of change, the constant change of togetherness and therefore for sustainable values of social and cultural coexistence. How do we want to live in a globalised world in a way that is resource-efficient and environmentally friendly economize? About that the European Promotion Award Next Generation should start a debate about social values around economy, environment and culture. It is an acknowledgement for entrepreneurial achievements and initiatives which push with new ideas sustainable products and technologies for our common future. The award is addressed to young tinkerers all over Europe who change our lives with their innovations. The competition appreciates the European newcomers in the entrepreneurial sector.

For the competition apply can young entrepreneurs, project initiators, founders, experienced supplier or application companies in the field of digital education and start-ups from all of Europe, which fulfil following conditions of participation.
The European Promotion Award Next Generation will be handed over on the 28th of August 2021, within the framework of the European Cultural Award gala in the Bonn Opera House. The award will be presented by the patron Barbara Meier. The Promotion Award is endowed with 5.000 Euros.

Please fill out the application form and send it with a short Elevator Pitch (max. 60s video clip) at: info@europaeischer-kulturpreis.de.

The application deadline has expired.

You can also use directly our online application:

The application period for the European Promotion Award Next Generation begins on March 1, 2021.
Which projects and business ideas can be submitted?
Concepts and products that are characterized by a thoughtful use of innovative and forward-looking technologies and media in the learning environment of:

in the areas of:

Who can apply?
Founders, startups, project initiators, experienced providers or application companies in the field of digital education. The completion of the prototype / start of the project must not have taken place before 2015.

About the winner of the European Promotion Award Next Generation is deciding a knowledgeable jury. Every member brings a special and other view into the decision, according to the expertise of their field of work. 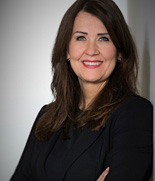 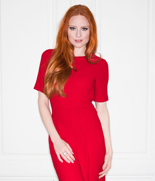 Actress and model
Patroness of the European Promotion Award Next Generation 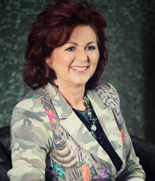 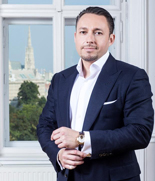 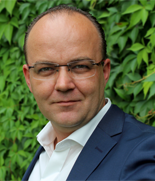 Dean of Studies and Chair of the Examination Board of the faculty language-, literature-. Culture studies at the “Technische Universität Dresden”
Vita 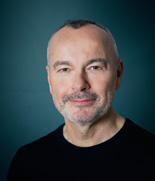 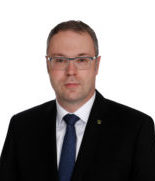 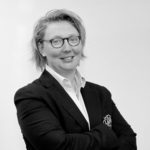 1. Thoughtful use of innovative and digital media in the learning environment

The startup from Finland is an edtech company that develops voice-based applications under the technical term Voice User Interface for various educational institutions. With its robot Elias, which is available both as a “real” robot and as a virtual character in various apps, it aims to teach language to all students at their individual learning level. “The only way to learn languages is to speak them,” says young founder and CEO Johanna Hemminki.

Both teachers and schools were involved in the development, which was based on the very good Finnish education system that regularly ranks among the best in Europe in the PISA comparative test. “Having worked as teachers ourselves, we knew that spoken language is always neglected in the classroom, with too little time for practice,” says the young Finn. “And some students are also afraid of making mistakes, and the shyest are easily passed over.” This can now be overcome individually. While there are many language apps on the market, they don’t offer active speaking exercises. Elias, however, can ask and answer questions, and its pitch can even be changed depending on the user. You can talk to the robot without being embarrassed about your mistakes.

“Students should also build a relationship with technology as creators, not just passive consumers,” Hemminki cautions. This is particularly important for promoting an interest in technology among girls, she says.

Didn’t get it in face-to-face lessons? No problem, because on the Binogi learning portal from the company of the same name in the Ruhr region, the educational content of the most important subjects for the 5th to 10th grades is presented and explained in simple videos. In eight languages, every learner can thus expand his or her knowledge digitally and entertainingly, without barriers and without additional material, and consolidate it with various quiz forms.

“It all started with a research project we developed in Sweden,” says regional manager Nele Hilfert, who founded the company with three young colleagues seven years ago. “Our main motivation was always equal opportunity in education, because in German frontal teaching some pupils always fall by the wayside, if only because they don’t fully understand the content.”

Binogi would open up completely new doors, because the subject content would be taught digitally and in multiple languages. Everyone can thus comprehend the school material at their own learning pace and also take the quizzes. “In this way, we want to promote both cultural competence and subject intelligence.” And even those who have already crammed enough in school always learn something more at Binogi. Hilfert’s advice for the new school year is, then, “Expanding your own horizons will never hurt you. Be hungry to explore new things and get involved!”

Stomp through Antarctica yourself one day? Meet Mona Lisa in Da Vinci’s studio? Or race through the veins as a blood cell? No problem with the “Virtual Interactive Learning” (VIL) software from the company of the same name in North Rhine-Westphalia. Equipped with virtual reality glasses, students can go on a voyage of discovery through distant continents in the classroom, look into past times and foreign worlds, and gain insights into organisms and complicated machines.

The idea is to make it possible to experience everything that would otherwise only be possible at considerable cost or even danger. “With our mobile plug’n’play system, we want to help teachers make learning content intuitively tangible,” says Jan-Philipp Moritz. The managing director started his own business at the tender age of 21 and within a few years built his company into a medium-sized enterprise with 150 employees today. His motivation stemmed primarily from his own school experience: “I lost all motivation back then when I was stubbornly cramming material.” After all, school was supposed to be a place for practical experience, from which one could learn best. “We want to make classes fun again.”

The best arguments have nice attributes: “best app in Europe,” “Digital Publishing Award,” and last but not least, over 1.7 million users: goodbye to homework books and paper chaos! The free app from Dresden-based Scoolio GmbH is a one-stop shop designed to make everyday school life easier. It can be used to enter timetables, grades and homework and share them with classmates. The app also manages information from the school about substitute lessons, meal plans and schedules. Since the first lockdown in spring 2020, the app can also store class documents in its own cloud.

For students and companies alike, Scoolio also offers the opportunity to match high-flying future plans with attractive apprenticeships and to establish formative contacts while still at school.

Founder Danny Roller firmly believes that you don’t only achieve great things if you live in Tokyo or Berlin. So one fine Sunday morning in bed, the Dresden native came up with the idea of developing an all-encompassing app for students that is a digital organization helper, cool community and communicative future planner all in one. Within a very short time, Scoolio became one of the most popular student apps in Germany and won several awards. Roller’s credo: “Together you always achieve more!”