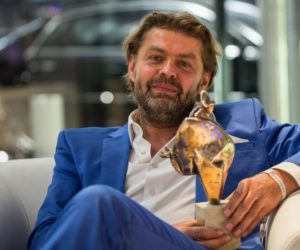 Inspired by Greek mythology on the genesis of Europe, the European Cultural Award TAURUS was created in 2012, designed by the Dresden-based artist and board member of the European Cultural Forum Sven Schubert. According to this story, the Olympic God father Zeus is said to have once transformed himself into a bull to please the beautiful daughter of an Asian king. In her honor he gave her name to a continent: Europe.
Since 2012, the TAURUS European Cultural Award has been honoring achievements of outstanding European significance. Achievements of artists or institutions that give decisive impulses to culture and peaceful coexistence in Europe, that inspire others to new intellectual adventures and that are pioneers of culture.
The European Cultural Award is awarded annually on a rotating basis. The Artists, cultural workers, institutions and personalities from politics, economy and media are awarded in one of the following categories: