An evening of great emotions

Prince Albert II of Monaco and the German Marine Foundation received the TAURUS for their commitment to environmental protection. “With this award, the European Cultural Forum honored the exemplary commitment of the two foundations to nature and marine conservation. The head of government and Frank Schweikert from the German Sea Foundation have been involved in saving the world’s waters for many years. It’s five to twelve, because the largest habitat on our planet seems to be in danger. Overfishing, climate change, plastic waste: the oceans are threatened by many factors. They have made it their task to sensitize people to this and to intensify the need for efficient marine and water protection, which is supported by a large majority, and they carried this message to Dresden. 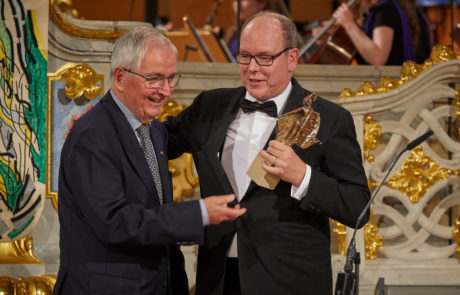 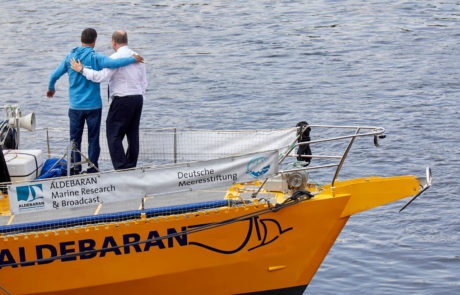 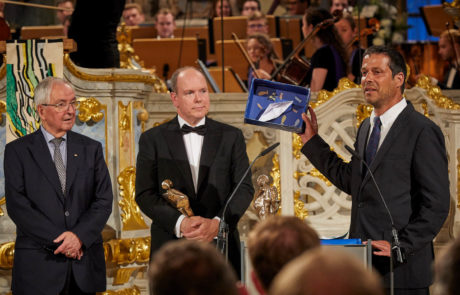 The life’s work of the singer Nana Mouskouri was honored on this evening, as was that of the painter Gerhard Richter. Gerhard Richter is an artist between East and West, a truly European artist”, said Marion Ackermann in her laudation in the sold-out Frauenkirche. Gerhard Richter’s decision to leave his archive permanently in Dresden, she said, further underscored Dresden’s reputation as a city of culture and showed his close ties to his home city. “For me, this award is a great and quite unexpected honor, for which I am very grateful,” the world-famous artist told the audience. 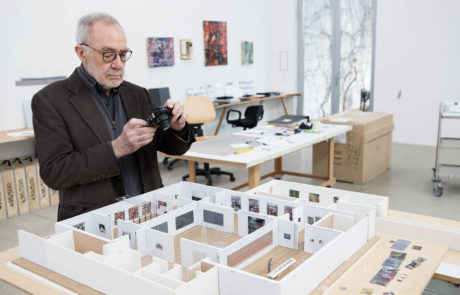 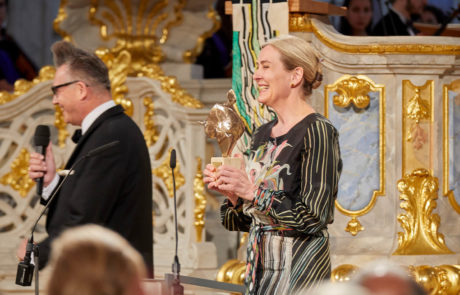 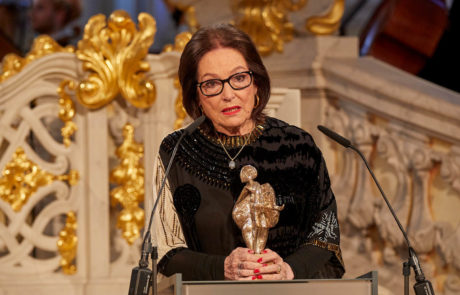 In addition, tenor Piotr Beczala, actor Daniel Brühl, the Dresden Music Festival with its artistic director Jan Vogler, who played a Shostakovich waltz for the guests together with the young awardees, the European Union Youth Orchestra. Peter Maffay, who played one of his most famous songs: “Eiszeit” (Ice Age), provided the goose bumps of the evening, which was presented by Götz Alsmann. The musician was honored for his social commitment. 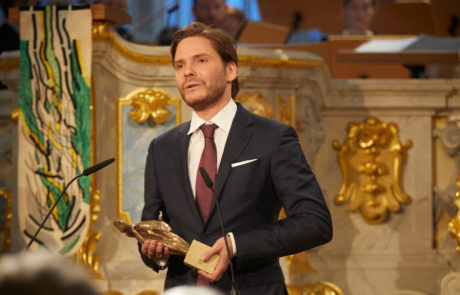 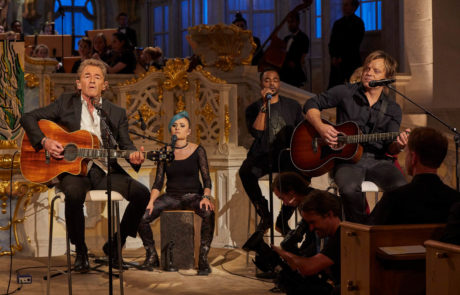 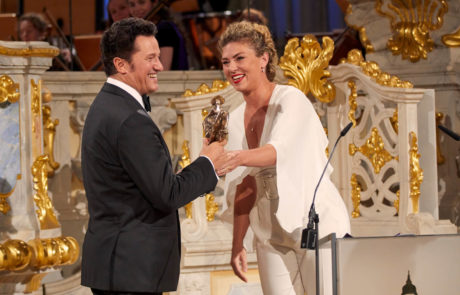 The Dresden-based company CLOUD&HEAT Technologies GmbH received the first ever Next Generation Award and prevailed over several other applicants. A top-class jury had evaluated the inventiveness and innovative business ideas of more than a dozen companies. The award is sponsored by Volkswagen Public Limited Company, Porsche Leipzig Private Limited Company and the Office for Economic Development of the State Capital Dresden. 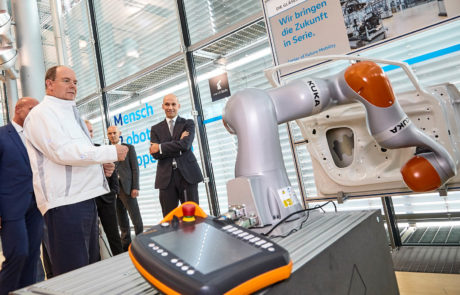 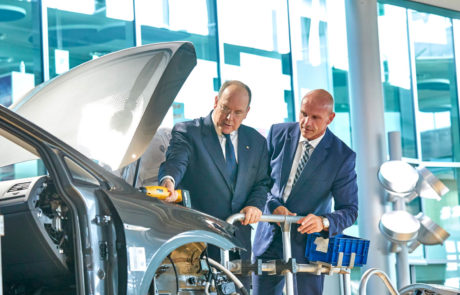 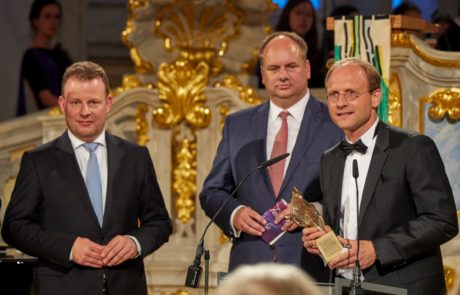 Idea of a peaceful and reconciled Europe

“With the award ceremony in Dresden’s Frauenkirche, we have focused on what is important in today’s world and what we need people and institutions to set an example for: To further consolidate the idea of Europe that unites nations and to continue the tradition of cultural heritage and to ensure that it is a part of modern times,” said Bernhard Reeder, Chairman of the European Cultural Forum Association. “Michael Kretschmer, Prime Minister of the Free State of Saxony, and the Lord Mayor of Dresden, Dirk Hilbert, were among those present at the Frauenkirche. 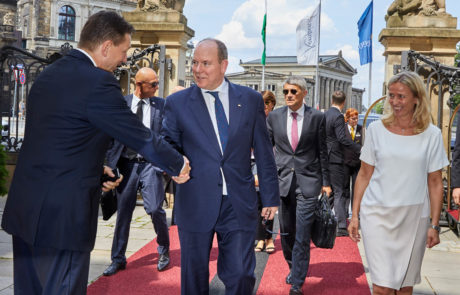 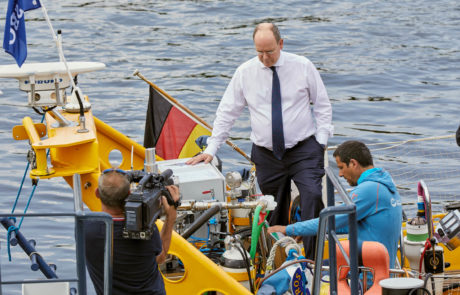 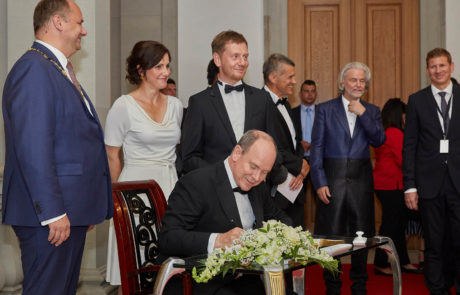 A special day for Dresden

Before the award ceremony, Prince Albert II of Monaco had visited the research vessel of the German Marine Foundation “Aldebaran”, which was anchored in Dresden. On Neumarkt, hundreds of Dresden residents and guests were present at the “Dresden sings and makes music” participation program, which has been organized by the Dresden Music Festival for 40 years.
Already the first highlight of the evening – punctually at 8.15 pm with the start of the live broadcast on MDR – the spectators and listeners on Neumarkt experienced a unique symbiosis: two orchestras were brought together, in and in front of the Frauenkirche. In front of the church, the Dresden Elbland Philharmonic Orchestra of Saxony under the direction of Jörn Hinnerk Andresen played, inside, the Youth Orchestra of the European Union under the direction of Vasily Petrenko. George Frideric Handel’s “Hallelujah” sounded, and later everyone could listen to the Kreuzchor and choirs of the Dresden Music Festival. 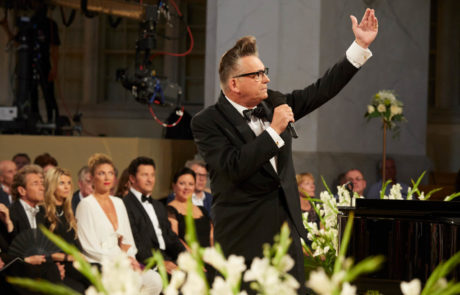 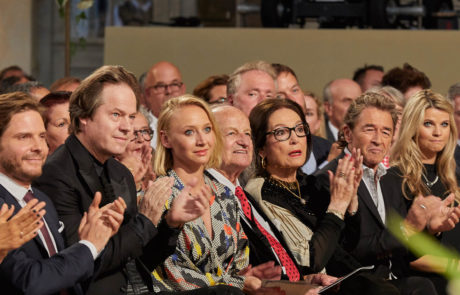 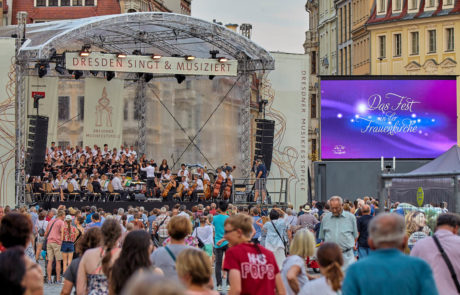